Here is a very tiny breakout board for the Atmel ATtiny10. It's so small, you'll lose it. Literally. I lost one in the carpet and I'm hoping to find it before the vacuum does. 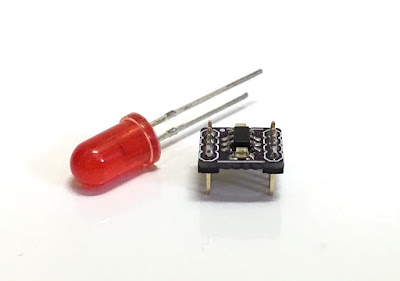 ATtiny10 Mini Breakout Board next to a 5mm LED.

A Tiny Breakout for a Tiny Microcontroller


This breakout board is for the ATtiny10 microcontroller. The PCB is 0.25x0.325" and uses 0.050" header pins. The board could actually be made smaller, but I ran into the minimum PCB size limit on OSHPark. Despite the tiny size, I was able to include a 100nF bypass capacitor, power LED, and a user LED on pin PB1. That pin is also the clock pin for the programming interface, so it flashes when the board is being programmed. 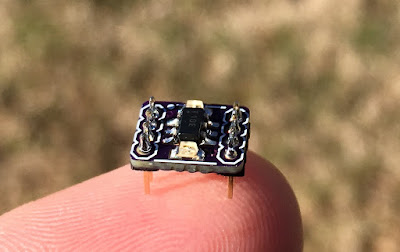 This breakout board might be confused for a bug.


How to Program It


The board is so tiny, it's difficult to use and program. It is certainly not breadboard compatible due to the small-pitch headers. To alleviate these problems, I created a small landing pad board for it. This adapts the 0.050" headers to 0.1" headers. Additionally, the landing pad has a 6-pin TPI programming connector. This allows the ATtiny10 to be programmed with an Atmel ICE. You can also program ATtiny10s with an Arduino and a little extra circuitry. 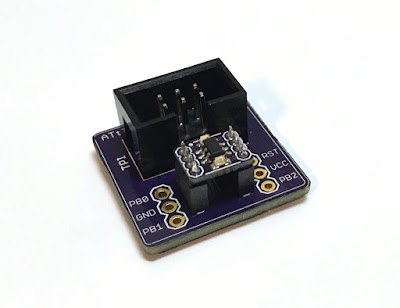 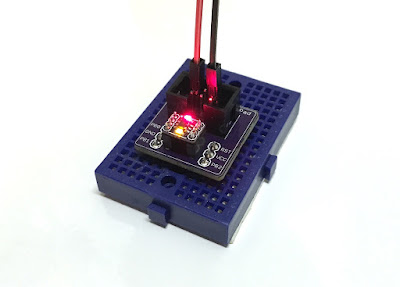 The landing pad is breadboard compatible, and allows you to power,
program, and use the ATtiny10 mini breakout.

What Can I Do With It?

There are many things you could do with a breakout board this small: 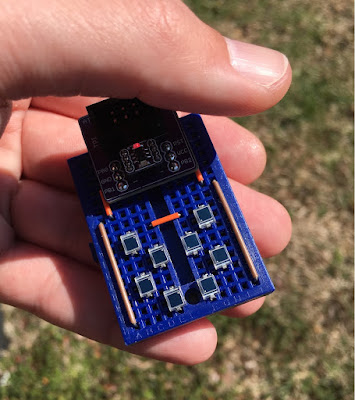 Powering it from miniature BPW34 solar cells. This isn't great for LEDs,
but the microcontroller itself is fully functional.

Here's the information you need if you'd like to assemble your own pint-sized ATtiny10 breakouts. 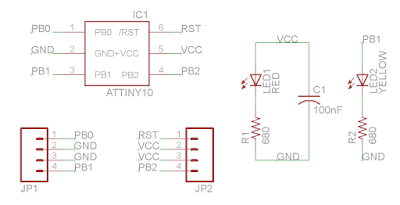 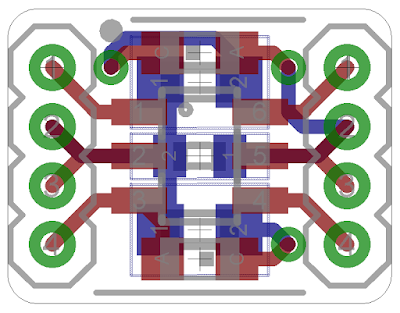 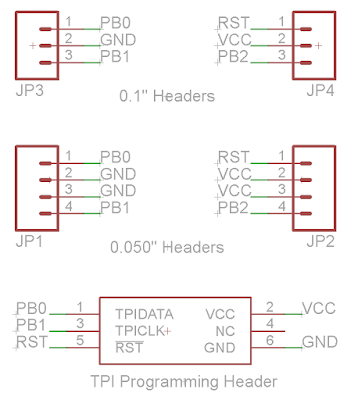 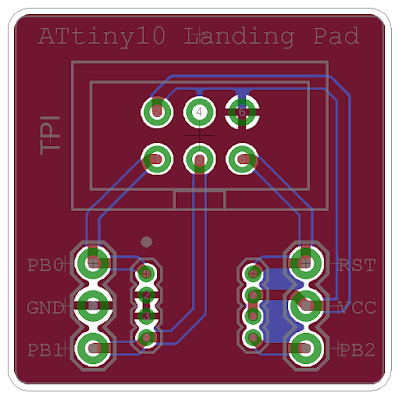 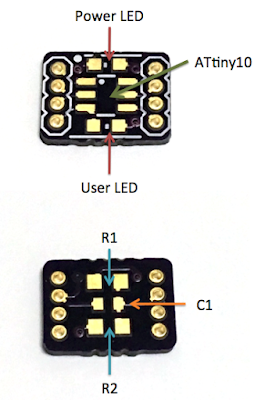 There wasn't enough space for (readable) component identification in the
silk screen, so here's a picture showing where the parts go.

If you assemble your own ATtiny10 Mini Breakouts, let me know! This board is kind of a novelty, but it's fun to play with a fully functional AVR breakout that is so small.